It all started two years ago, when I completed my first green smoothie 10-day detox.  I have since fallen in love with green smoothies. I’ve graduated to different smoothie recipe books such as Simple Green Smoothies and Breast Cancer Smoothies.  I think it’s ingenious to get several servings of fruits and vegetables including all of the wonderful nutrition in a drinkable smoothie. Depending on the greens, you don’t even taste them in the smoothie.  My favorite smoothies include mostly tropical flavors such as mangoes, pineapples, peaches, bananas, but I’m also willing to experiment with produce such as beets, pumpkin, and different lettuces besides spinach and kale. I made a pumpkin smoothie the other day with pumpkin, bananas, pineapple, spinach and arugula along with a nut milk and spices and the arugula added a spicy kick to it that made it special.

My go-to liquids are either plain filtered water, coconut water, almond milk, coconut milk or a combination of either.  My favorite spices to add are ginger, cinnamon, and/or turmeric. I add hemp seeds, chia seeds, and/or flax seeds for omega 3’s, omega 6’s, fiber and protein.  Per the physician’s assistant, I do have to avoid flax seeds during the week prior and after my next surgery because it can cause excess bleeding (Bummer…I had no idea…learn something new every day).

I enjoy at least one smoothie daily, but sometimes have more. I’ve been known to make them for work potlucks and even had a special request for our last party (Halloween).

Here are pictures of some of my favorites. Cheers! 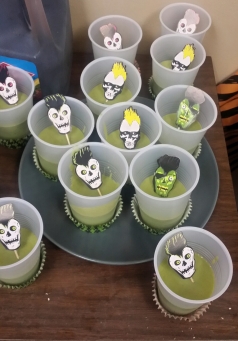 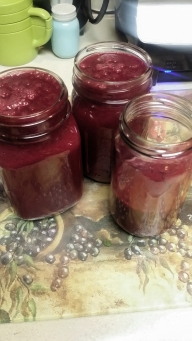 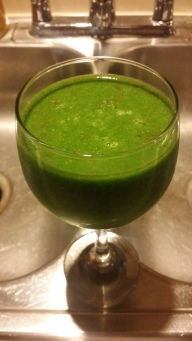 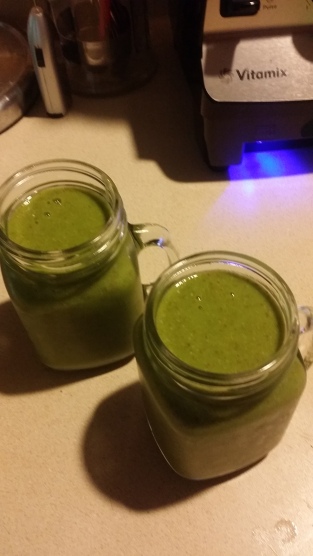 Smoothie prep for the work week

4 thoughts on “I love green SMOOTHIES”